New album release : theboywhochosethesea - the seas beyond the stars

Today we're delighted to welcome Oxford-based producer theboywhochosethesea to the Expert Sleepers roster, with his new release 'the seas beyond the stars'.

Nightshift Magazine described it as

a warm, soothing musical balm set away from the grim reality of pandemics, corruption and the wars of angry, inadequate little men

A collection of pieces that mainly started out as sketches written on piano, these were then programmed into the Digitakt and fleshed out on a modular system. The final tracks mix sequenced parts with live playing, the piano and granular sounds from the Disting EX blending with typical modular bleeps and arpeggios, backed by percussion sounds built from a variety of noise sources.

Available as a cassette or digital release. The cassettes should be shipping out in the next week or so.

We're delighted to announce the fifth release on the Expert Sleepers label, "The Plunderer Expresses" by Ned Rush. Here's how Mr Ned Rush describes it:

This is a collection of one take jams recorded during the very early hours of the morning entirely on a modular system, recorded into a computer via the ES-8 and finally edited into a mix tape in Ableton. Many of the function, modulation and sequence utilities come from multiple Disting mk4s and some times the Disting EX. LFOs and rising and falling envelopes would be run into quantisers to create off kilter evolving sequences, whilst gates would be opened and closed using random triggers and other modules would be randomised using sample and hold functions. A lot of the fm percussion was patched using only the 3 Distings, as well as other circumstantial sounds.

Available now as a digital release and on cassette.

We're delighted to announce the fourth release on the Expert Sleepers label, "Crossing the line" by Expert Sleepers' own Andrew Ostler. Available as a digital release and as a 12" vinyl LP.

The third release on the Expert Sleepers label, Yeesan is an ambient album in the classic Eno tradition - no drones, but a static yet ever-changing texture of interweaving patterns.

Efkts makes great use of the General CV module on this album.

Cassette version available in a limited edition of 100.

The second release on the Expert Sleepers label, 'Diaries' presents ten pieces created with a modular synthesizer but not with a typical modular synthesizer sound - instead of bleeps and bloops, here you will find pianos and orchestral sounds, perfectly in keeping with the minimalist compositional style.

The album makes heavy use of the disting EX for sample playback and audio looping.

Cassette version available in a limited edition of 100. 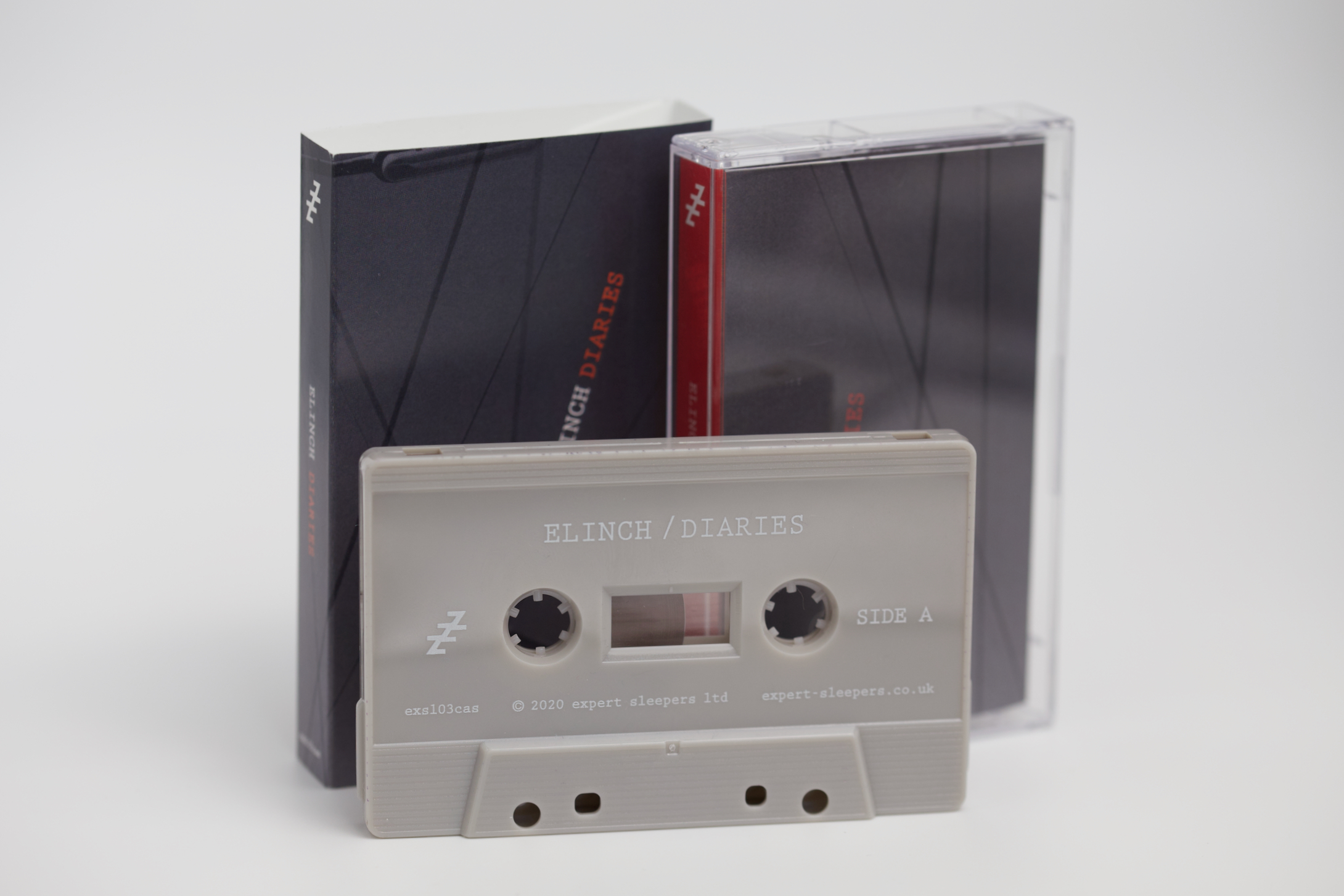 Expert Sleepers are proud to announce our new record label, showcasing music made with our hardware and software. Each release will have a sumptuously designed physical edition.


Our first release is from the Edinburgh-based producer Summer Kagan. Summer uses pretty much everything Expert Sleepers has to offer, combining the absolute precision of our sample-accurate triggering with the swathes of lush sound obtainable using our audio processing.

The physical edition is a translucent pink cassette, with jewel case and full-coloured o-card, in a limited edition of 100.

From the Bandcamp description:

The debut release from Summer Kagan offers two sides of all-enveloping analogue drone and bubbling synths - a palimpsest of tape recordings; deep layers of texture like a Rothko painting in sound.

To launch the album, and indeed the label, we'll be live-streaming the whole album on Thursday April 16th, 9pm BST (GMT+1). We're actually going to play one of the cassettes live on air. Please join us at this link, or simply find us on the Expert Sleepers YouTube channel.

The album will then be available from Bandcamp.

Darkroom - Some of These Numbers Mean Something

My band, Darkroom, released our 8th album on Friday. As you might expect, Expert Sleepers plug-ins feature heavily in the mixes, particularly Augustus Loop.

You can order the CD from Burning Shed, or buy the download from most online retailers e.g. iTunes.


From the press release:

Darkroom's new album - Some Of These Numbers Mean Something - is their 8th to date, and marks the 10th anniversary of their first (Daylight) released by 3rd Stone in 1998.

The original brief for the new album was: guitar under a microscope. In places it's the heaviest Darkroom album yet, but also the most accessible, combining 70s space rock, 80s Sheffield electronica, 60s guitar instrumentals and 90s post rock.